The Humane Society of the New Braunfels Area is thrilled to announce the opening of The Goodwin Center for Community Cats! This is a unique and collaborative effort between HSNBA and the New Braunfels Community Cat Coalition and made possible by the Comal County Veterinary Medical Association and the City of New Braunfels! It is our goal to reduce the euthanasia of feral cats in our community by providing a more humane and effective method to control the feral cat community in our area.

If you have unsterilized feral cats you are caring for, we do feral cat clinics each week. We are able to offer this service due to generous donations from the public, and you can donate to the NBCCC here. All feral cats must arrive in a trap (traps can be rented at the Humane Society for a cash or check deposit of $50, which will be returned to you when the trap is returned). We accept feral cats for clinic on MONDAYS from 10am to 7pm. Check in at the front desk of the Humane Society. For the safety of our staff ad volunteers, we will not accept cats in anything but traps. One cat per trap please. Clinic days vary as we are depending on the availability of local veterinarians who volunteer their time to do the surgeries but the shelter will contact you when the cats are ready to be picked up.

HSNBA and NBCCC offer adoptions of feral cats who cannot be returned to their former location because it is unsafe. Therefore, our solution has been to adopt them out as “working cats”. These cats are perfect for hunting mice, spiders, snakes, and rats in locations such as:

You can give these feral cats a second chance at life.

Feral is a behavior – these cats are poorly socialized with humans and prefer not to be touched and handled, although they may become more friendly over time with consistent, compassionate care from a dedicated caretaker. A feral cat is very shy and aloof, and they usually do not let humans get very close before running away. 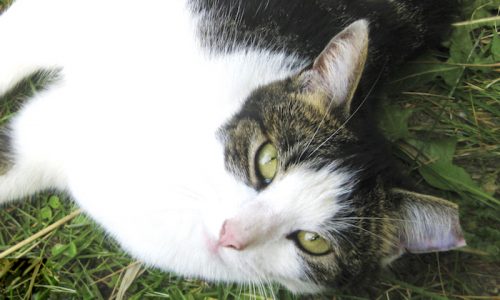 How Were Feral Cats Previously Treated in New Braunfels?

During the previous decades, when these cats were trapped and brought to the Humane Society of the New Braunfels Area by Animal Control or private citizens, there was no option for them but euthanasia. This method of “catch and kill” has been practiced for countless years resulting in the euthanasia of thousands of cats.

Despite this, our community was still overrun with homeless and feral “community” cats who have no identifiable owner but may have one or more caretakers feeding and caring for them. “Catch and Kill” simply does not work to reduce the population of feral cats in a community, as the rising numbers of ferals in New Braunfels and the surrounding area has proven “Catch and Kill” to be ineffective.

By removing feral cats from a particular area, it actually creates a vacuum effect, encouraging more cats to enter the area and reproduce at a higher rate. By trapping, neutering, vaccinating and returning the cat(s) to where they came from, their territorial nature prevents other cats from entering the area.

Trap-Neuter-Return (TNR) HAS proven to be an effective and humane method of controlling the population of feral cats in a community and now New Braunfels is ready to join the legions of cat lovers who simply will no longer stand for the senseless killing of these valuable feline members of our community.

Traps can be rented at HSNBA for a cash or check deposit of $50 which will be returned to you when the trap is returned.

All of the HSNBA animals are spayed and neutered before adoption, thus directly addressing the overpopulation issue that is so prevalent in our city.

All of the adoptable animals that enter HSNBA receive vaccinations, flea treatment, and treatment for internal parasites.

​Feral cats are vaccinated against rabies and FVRCP

A flea control/intestinal parasite combo is given to every cat.

Cats are spayed and neutered in order to stop reproduction and humanely reduce the feral cat population.

Each cat receives a left ear clip signifying that they have been through the NBCCC program.
Go to Top